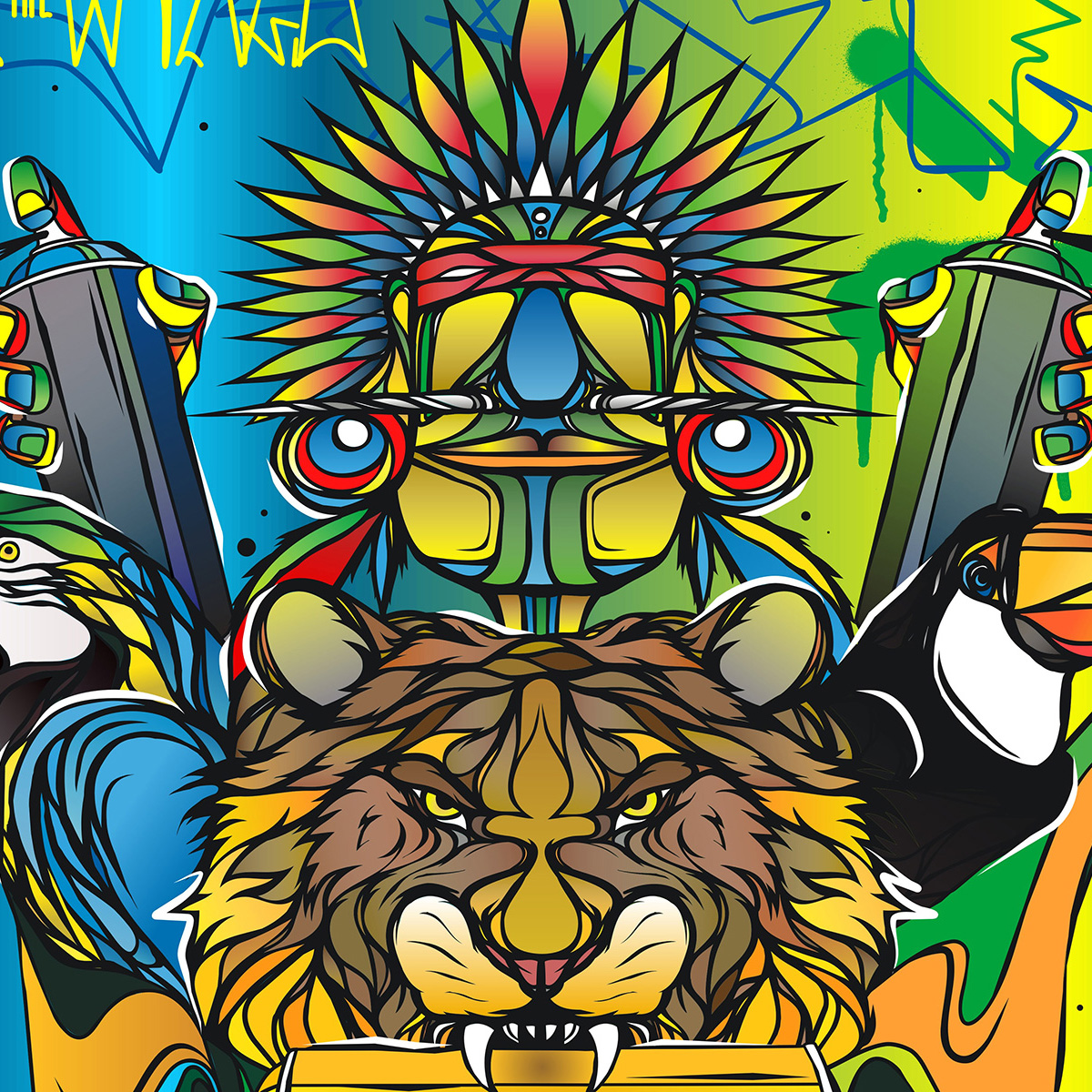 Save the World (Giclée)

A/P printed on canvas a number of inspirations. It was part of the poster for the Meeting Of Styles Brazil in 2016, one of the biggest graffiti events in the world. It was also this print that led the artist to create his first stiker in the world to envelop empty spray cans, to give a decorative purpose as a way to recycle the tubes. On the trip, the artist took 10 of these prints and many stikers to various countries in Europe and the United States, entitled "Save the World", with the characteristics of indigenous and native peoples, to protect the nature arount the world. The A/P printed on canvas limited series of only 10 units worldwide, signed and numbered.